My fork of the Static Reactions Demo referenced in the nextJS docs on Incremental Static Regeneration fails to regenerate.

My fork has been updated for compatibility with the XDN.

Expected Behaviour: Reaction count is updated with counts on the issue:
What happens instead: Reactions counts remain the same as when the app was deployed

other issues that may or may not be related: 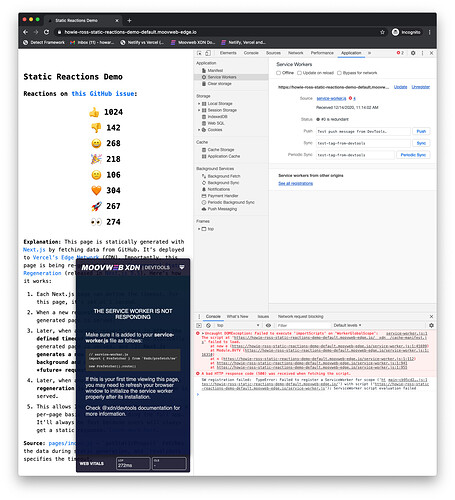 Per our offline conversation, I think there are other issues at play here. We are looking into the issue.

I do not see unstable_revalidate in my code.

We are working on a patch and expect to release it during the day. Thank you for reporting the issue.

We have released version 2.32.2 which has the fix for this issue. Please let us know how it works for you.

Yes, ISG is now working for me and the Perma URL is as well. Thank you @ierceg!